Sustainability as one of the Important Issues to my Design Practice

Sustainability as one of the Important Issues to my Design Practice 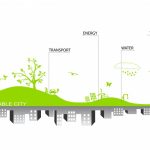 Most of the county’s carbon emissions and pollutions are coming from the energy that is being used on the construction and operation site. However, a not big percentage of the population is aware of it and not informed enough. At the moment, most of the buildings are built following the traditional process, known as liner construction. During this process, all the primary structural elements are constructed entirely on-site, using lots of energy and water. However, there is an alternative way, which is more sustainable and quicker. Modular construction or also known as prefabricated construction is a process creating and assembling the building construction parts in a factory and then transported to the site of entirely or partly completed parts. The process can reduce construction waste by 91%. The reason why address sustainability as a particular issue is that I see a great opportunity to raise awareness of its importance. Thousands of buildings are being built every day that are not sustainable if the percentage of modular buildings increases we will be protecting the biodiversity and ecosystem by using less natural resources. As a designer and architect, I believe it is our responsibility to take action, design and use more sustainable materials. There are lots of options such as low-impact designs, design for deconstruction and modular construction.

Are there examples of work by other designers/architects that can be argued to have addressed this issue/problem?

There are lots of examples and research addressing that particular issue, one of the many is Sahar’s article. Sahar Soltani has researched computational design, social sustainability, and urban density. She has studied the interaction between the built environment and people. Her multidisciplinary research is employing architecture and computer science and explores the relationship between social sustainability and urban density. She has written a book (article) with the title “The contributions of building information modelling to sustainable construction”.